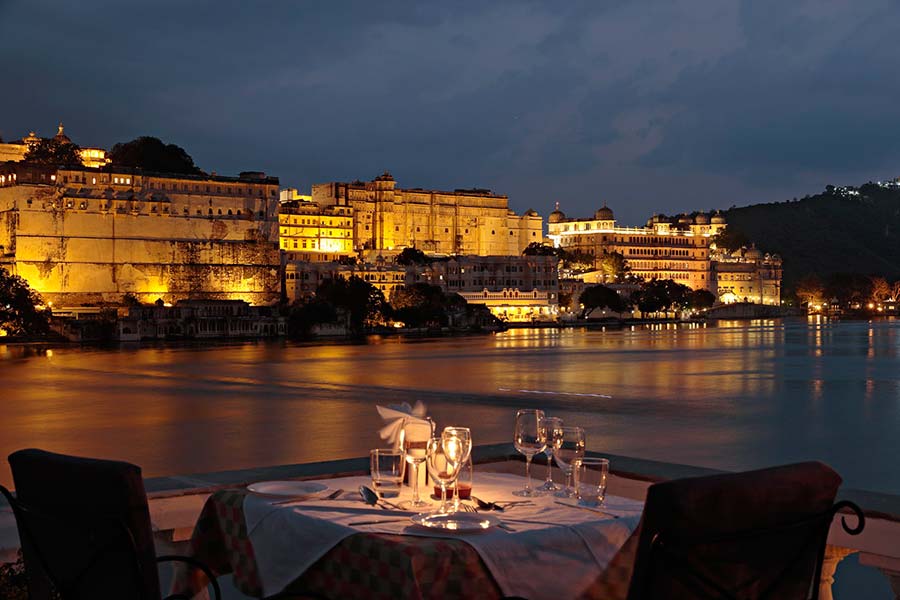 Rajasthan, formerly known as “Rajputana,” is one of the most well-liked tourist destinations in India among domestic and international tourists. When it is talked about any Indian State having many forts, Rajasthan holds the second position in the list later than Maharashtra. Every second foreigner who is traveling to India visits Rajasthan. The reason behind it is Rajasthan is a part of the Golden Triangle for the tourists traveling to India. Rajasthan is also the home to the oldest mountain range that is the Aravalli Ranges. The prominent hill forts of Rajasthan are also based on the Aravalli Range.

Rajasthan has more than 45 historical forts and palaces, making it so special to attract tourists of all kinds and its slogan “Padharo Mahare Desh.” Jaipur’s forts, the desert fort of Jodhpur, Jaisalmer and Bikaner, Lakes of Udaipur are the most famous tourist Destinations in the Rajasthan Tour Itinerary for both Indian and foreign tourists. The Hill Forts of Rajasthan that are based mainly on the Aravalli Range are the designated UNESCO Heritage sites along with Keoladeo National Park and Jantar Mantar of Jaipur.

The six Hill Forts of Rajasthan are:

All these forts were built between the 5th and 18th century by various Kings of the Rajputana of several kingdoms. There are also some other forts in Rajasthan. The list comprises of,

Besides forts and other historical places, Rajasthan is very popular as the most color-coordinated state. Rajasthan famous cities are committed to a particular color such as Jaipur as Pink, Jhalawar as Purple, Udaipur as White, and Jodhpur as Blue.

Fairs and Festivals in Aloukik Rajasthan:

• Kite Festival (held on 14th Jan of every year)

Rajasthan has beautiful cultural traditions that reflect the ancient pure Indian way of life. The state attracts tourists from all over the world with its rich culture, heritage, traditions, and historical monuments and palaces. Not only this, but Rajasthan also has some national parks and sanctuaries which have effectively saved the rich flora and fauna of Rajasthan. Museums are also here with a recognizable collection of antiques from the Kings of different castes.

Folk dances and music are part and partial of Rajasthani culture. The folk dances of Rajasthan have gained international recognition. Though the folk music and dance may appear similar because of the geographical confinement, each differs in its style, which is unique.

Kanhaiya Geet is also sung in significant areas of the east Rajasthani belt in a collecting manner as the best entertainment source in the rural areas.

Rajasthan is very popular for handicrafts, textiles, and semi-precious stones. The traditional colorful art of Rajasthan is very famous all over the globe. Beautiful handmade carpets made from hand knitting techniques, jewelry, and garments, etc. can easily be found in Rajasthan at a very affordable price. Leather items an also be found in Rajasthan, such as bags, shoes, journals, etc. The leather used in making such items are generally taken from the camel.

Miniature or small items made out of clay or sand as decorative pieces or toys are also found in Rajasthan’s local markets. If an individual is fond of antiques, it is a place where you can find a lot. Some of them can be the possessions of the Royal Kings also. Pagri or Safah is more frequently bought as a memory token from Rajasthan.

Most of the people in Rajasthan speak both Hindi and English. Some other dialects include Mevti, Marwari, Malvi, Jaipuri, or Dhundari. Out of which the most spoken is the Marwari language.

Food and Cuisine in Rajasthan:

Delicious and finger-licking food is the biggest attraction of Rajasthan. Whether it is a traditional dish or a portion of street food, each dish can make you crazy about it. Climatic conditions and geomorphology positively influence the fascinating Rajasthani cuisine. Some of the famous Rajasthani dishes include Dall Baati Churma, Laal Maas, Mohan thal, Mohan Maas, Gatte ki Sabzi, Ghewar, Masala Chas, Kachori, etc. Most of the people in Rajasthan are vegetarian, making the state the most vegetarian state of the country.

The state has a strong influence on religion. A large part of the population follows Hindu customs and rituals, and they are mainly Vaishnavs. Other religions comprise of Islam and Jainism. There are various temples and pilgrim sites of Hindus and Jains like Lodrakar, Ranakpur Jain Temple, Jagdish Temple, Mt. Abu, etc.

Rajasthan is a place that has been blessed with beautiful forts, culture with simplicity, lovely and friendly people, and a unique history. It is a must-visit tourist destination for people who love travel and cuisine. Visit Rajasthan to explore the Land of Maharajas once.

Which is the Best Time to Visit Rajasthan?

If you are planning to visit Rajasthan (India), here is all the essential information you need to know before packing your bags.

Though Rajasthan can be visited throughout the year, the best time to explore Rajasthan is during the winter season. Winter season in Rajasthan starts from November and continues till February. During this time, the temperature never rises too high, making the time suitable for travelling.

Rajasthan is the largest state of India. It is situated far from the coastline, which makes the climate of Rajasthan harsh that results in a sweltering, humid and dry weather. In comparison to day time in Rajasthan, nights are always calm and pleasant. The sudden change in weather during night time happens because of the sand. Rajasthan is mainly known as a desert place. Here most of the places are sandy. -So, this is the big reason behind pleasant, tranquil and calm nights in Rajasthan.

The summer season in Rajasthan commences from March and continues till June. In this duration, the temperature rises from 28 degrees to a maximum of 48 degrees, making it very harsh with the scorching sunlight. As the Thar desert occupies most of the part of Rajasthan, the place experiences a sweltering and humid climate. But, an essential fact is that no reason can fade the beauty of Rajasthan.

The Monsoon in Rajasthan lasts from July till September. In this season, the weather is pretty fresh and quite humid. Hence, it makes the best time to visit Rajasthan for the new couples to plan their honeymoon. During the monsoon season, Rajasthan notices beautiful changes in its landscapes. Monsoon gives a mesmerizing look to the Aravalli Ranges and the lakes of Rajasthan. You can have a great time if you want to make your honeymoon memorable with Rajasthan Tour Itinerary.

The Winter season in Rajasthan commences from October till February. Winter season is considered as the best time to visit Rajasthan. It is because the weather is lovely for tourism. Winter season makes the weather of Rajasthan the best weather to visit Rajasthan. During winters, you can explore the desert areas in Rajasthan like Jaisalmer, Bikaner, Khimsar, Jodhpur, Kumbhalgarh, etc. Most of the tourists find this season ideal for visiting Rajasthan, mostly foreigner tourists. Besides, most of the multi-coloured festivals in Rajasthan like, Desert Festival in Jaisalmer, Bikaner Camel Festival, Lohri, Kutch Run Mahotsav, Magh Bihu Festival are celebrated in the winter season. The Winters are also considered as the best time for enjoying adventure activities like riding hot air balloon, desert safari and dune bashing.